Bulls & Cows 🐮 is a logical game, also known as Mastermind, 4digits or 1A2B. Your goal is to find the opponent’s secret number with a minimum number of suggestions.

You can play Bulls and cows in two game modes: Single player or Against Android 👾.

In Single player mode you try to guess a secret number. On each guess the game announces the number of “cows” and “bulls” in your suggestion. To win you must reveal the secret number.

When playing Against Android you start by entering your secret number. On the next turn your opponent generates his secret number and announces the number of matching “bulls” and “cows”. Winner 🏆 in this competitive game mode is the first person to reveal their opponent secret number.

You can make the game more challenging by using five-digit or six-digit secret numbers and if you are stuck finding the secret number use a hint 😉. To help you compete better Bulls & Cows features a draft (as we call it) where you can mark digits that you think are included or not in your opponent secret number.

If you fill like customizing there are many aspects where you can make it your own personal experience. You can for example change the theme,or decide to play without zeroes. Check out settings… 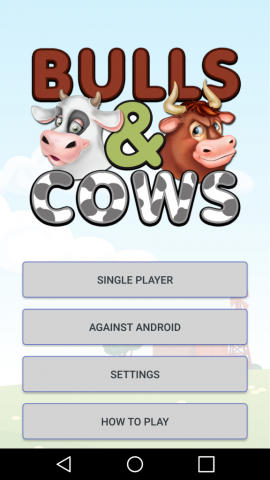 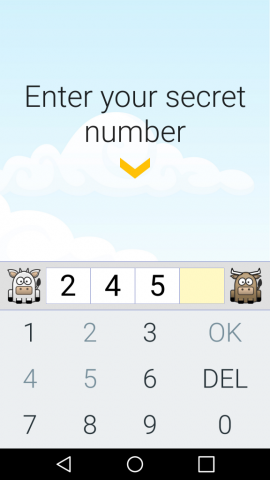 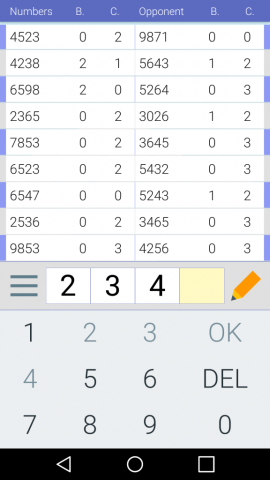 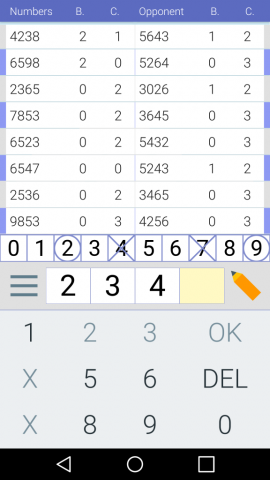 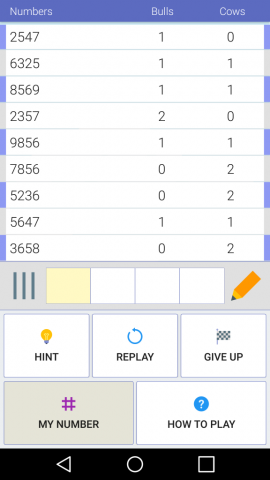 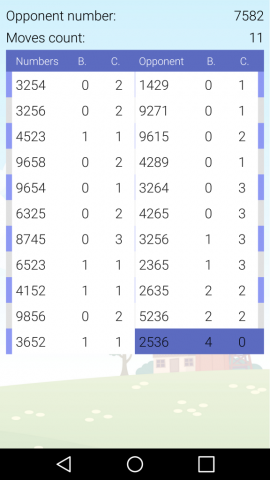