Posted on September 27, 2016 by Vladimir Paskov in Android, Apps, VMSoft | Leave a comment 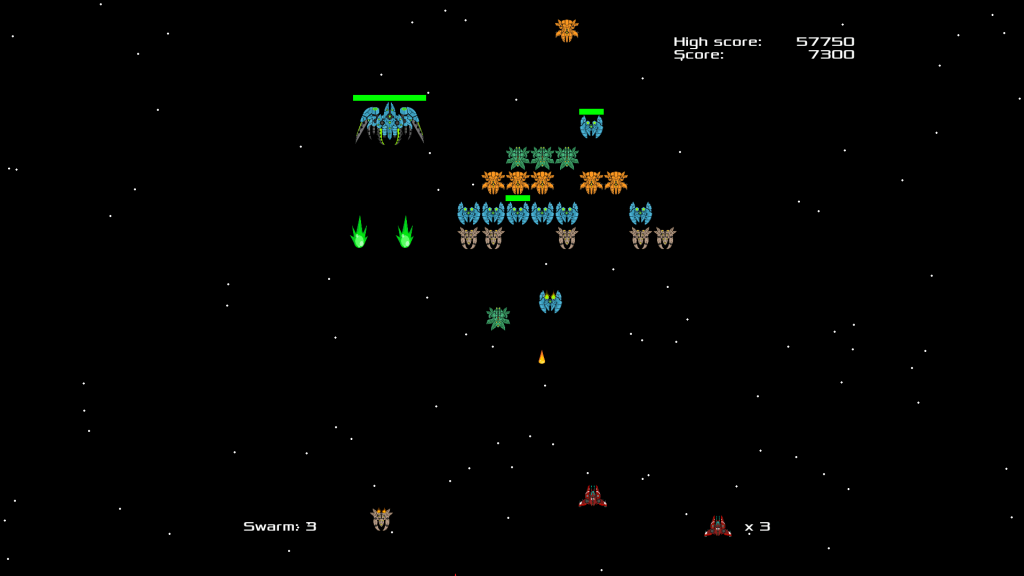 We worked hard to deliver you the best ‘Alien Swarm’ release to date. Featuring Facebook and Google+ share integration, so you can share your experience with friends and family. Sound and performance improvements, few bug fixes and more. Check it out!

Posted on August 5, 2016 by Vladimir Paskov in Android, Apps, VMSoft | Leave a comment

Alien Swarm version 1.4 brings our ‘shoot everything that moves’ game on the big screen!

Posted on July 14, 2016 by Vladimir Paskov in Android, Apps, VMSoft | Leave a comment

Alien Swarm version 1.3 is here. This release focus is on improving performance, fixing visual glitches and bugs. The idea behind it is to provide stable base for the upcoming major update of the game.

Version 1.3 Change log:
* The game feels and look the same on all devices.
* Fixed bug affecting 9.7″ tablets.
* Fixed crash happening when the aliens performs a group attack.
* ‘New life’ and ‘New high score’ notifications are more discrete.
* Game sound is more consistent.
* ‘New life’ indicator uses a space ship as an icon instead of a heart.
* The game now pauses when the notification drawer is pulled down.
* The game now pauses when a call is received.
* Updated ‘Google Play Services’ to version 9.2.1

A couple of days after releasing on Google Play, the update will be available on other app stores where VMSoft is present.