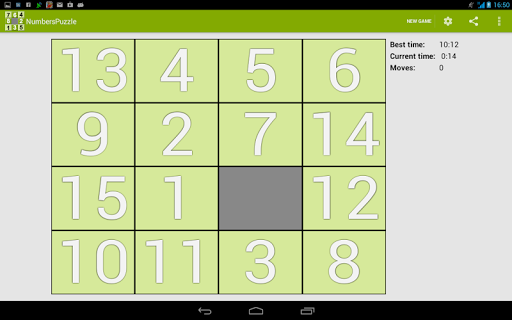 The game goal is to order the numbers in ascending order starting from 1 in the upper left corner. At the end of the game the empty cell should be placed on the lower right corner.

Numbers can be moved up, down, left or right replacing the empty square. They can also be moved in groups (row or column)